When will it be safe for tech employees to return to the office? What happens to employees who want to leave Silicon Valley? And what does the future of the office look like?

These are the questions that major tech companies are grappling with as the coronavirus crisis stretches into the fall. Many large tech firms, including giants like Facebook and Google, have pushed back plans to return to the office until summer 2021, and have said they anticipate a rise in remote work.

But experts told Business Insider that the office — and Silicon Valley — will look very different by then. With workers leaving the Bay Area and companies wary to have thousands of employees all in one place, San Francisco may not be the central tech headquarters it’s been for decades.

Instead, the experts say, tech companies are going to expand outward, with small satellite offices peppered throughout the US.

“We’re going to start to see satellite locations rather than singular HQs,” Melissa Hanley, CEO of the Bay Area design firm Blitz, told Business Insider. “We might say, ‘Hey, you don’t have to commute two hours. We’re going to have a little satellite office with all the resources you need out in the ‘burbs.'” 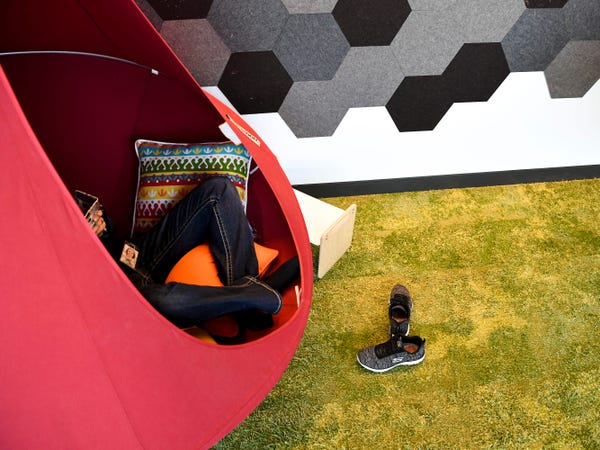 Adam Segal, the CEO of workplace management technology company Cove, said he expects most companies will start to adopt a “remote-first approach,” meaning that working at home is the norm, not the exception. While workers might have worked remotely one or two days per week in pre-coronavirus times, in the future, that will be reversed, Segal said.

“So what does that mean? You just have less dedicated desks,” Segal told Business Insider. “No one misses their desk — that’s not why you go to the office. You miss people, the socialization.”

Segal agrees with Hanley that the future of the office will be a so-called “hub-and-spoke” model: Companies would have a “hub,” or headquarters, in a major city, then have “spokes” anywhere in America connected by the same technology system. With Cove’s system, for example, you’d be able to look up office locations in your area, see which of your colleagues was working there, and book a desk of your choice for the day.

Twitter CEO Jack Dorsey recently hinted at a satellite model for Twitter’s workers. Dorsey told “The Boardroom: Out of Office” podcast host Rich Kleiman that he’s been working on “decentralizing” Twitter’s workforce, and that many entrepreneurs he talks to aren’t interested in a big San Francisco headquarters anymore. “Here we are, an internet company, that’s completely centralizing in San Francisco,” Dorsey said. “We’re not living up to the ideals of what the internet inspired us to be and what it can show.”

Companies like Amazon are already starting to meet employees where they are. The company recently announced a $1.4 billion investment to expand its physical offices in six cities across the US: Dallas, Detroit, Denver, New York, Phoenix, and San Diego. It’s also hiring 3,500 new employees, but not at its main headquarters in Seattle — these workers will report into those hubs spread across the US.

Tracy Brower, a sociologist and principal in the applied research and consulting group at furniture manufacturer Steelcase, said she’s already hearing from clients who are mulling a switch to satellite offices, in part because they would save on real estate costs in major cities.

But she also sees benefits for employees. For one, satellite offices may be safer; workers wouldn’t have to worry about commuting in crowded downtowns or trying to socially distance in the elevator of a high-rise building.

There would also be an improvement in quality of life. “Satellites are really more convenient,” Brower told Business Insider, arguing that they give workers more choice in how they work. “I might come to a satellite for great technology that my company offers, and I don’t have the same thing at home.”

For workers sick of staying at home or feeling creatively stuck without the ability to easily work with others, a satellite office could satisfy some of those feelings, Brower said. “A lot of times, the reason we want to get together is for new ideas, for new thinking, to be stimulated by the people around us.”

Bay Area vs. anywhere else

Satellite offices aren’t a new concept. In the era after 9/11, for example, the banking industry went the route of satellite offices, setting up hubs outside of lower Manhattan and New York City.

The coronavirus may have just sped up a trend that was already percolating in the tech industry over the last few years.

John Boyd, a principal at corporate location consultancy The Boyd Company, used Uber as an example. In August 2019, Uber announced plans to build a new hub for 3,000 employees in the Dallas area. The new office is expected to become Uber’s largest outside of the Bay Area.

Similarly, in November 2019, Apple broke ground on a brand-new, $1 billion Austin campus that spans 3 million square feet. It’s expected to open in 2022 and will house 5,000 employees to start. 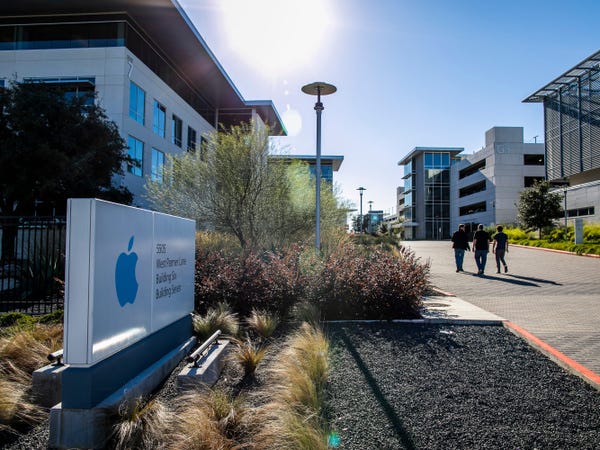 “Labor costs in Raleigh, North Carolina, or Tampa, Florida, can be 25 to 30% less than in Palo Alto, California,” Boyd said. Moving 4,000 or 5,000 jobs to these markets can mean millions in savings for tech firms.

Tech companies, however, would need to make those satellite offices desirable for people who don’t already live there — or who want the lifestyle of places like Palo Alto. “They need to offer the type of lifestyle amenities that Tesla employees in Palo Alto view as favorable or desirable,” Boyd said.

One thing all the experts agreed on: The office isn’t going away, it’s just changing.

“I don’t think the office is dead, I think that’s hyperbole and sort of ridiculous,” Hanley of Blitz, the design firm, said. “People need community, people need culture, they need contact, and that will not go away.”

The Business Insider Global Trends Festival will take place on the 19th-23rd of October. Join us for a virtual conference of ideas featuring live, on demand content, workshops, and key speakers from around the world. Find out more.