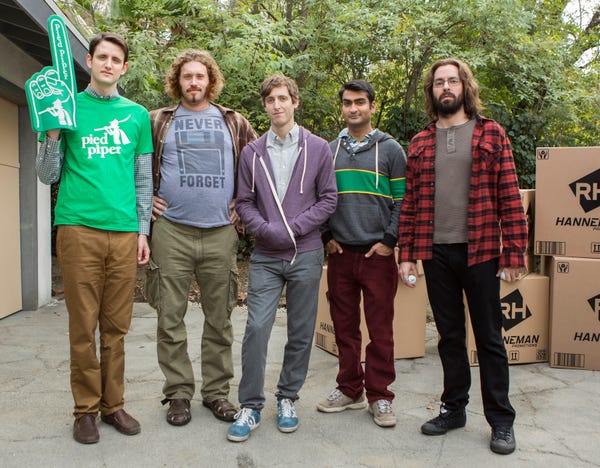 Show runner Mike Judge consults startups and tech-news sites — including Business Insider — to make sure the show is getting even the smallest details right.

The result is a TV show that even the most jaded Silicon Valley engineers can admit reflects the wacky tech world more often than it misses.

This season of HBO’s “Silicon Valley” sees the hot data-compression startup Pied Piper actually get some venture-capital funding and some swank new offices.

With some financial stability under their feet, here’s how much the main cast of “Silicon Valley” would be making in the real Silicon Valley — and how much they could make if Pied Piper ever went public or got bought for millions.

Warning: Spoilers for the third season of “Silicon Valley” below. Data for this article was taken from Payscale.