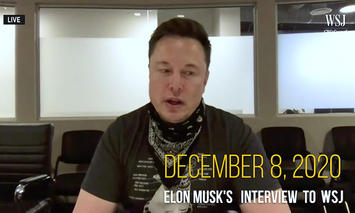 Companies have been migrating from California to Texas for many years, but I don’t think three such large companies have all made such announcements in such a short time. Hewlett-Packard is listed on the Fortune 500 twice, one as HP (which makes office products) and one as Hewlett-Packard Enterprise (which runs server farms). Combining them would make HP #35 on the list, right behind Dell, which is already headquartered in Texas.

Even before moving its headquarters, Hewlett-Packard had more employees in Houston than any other city. This reflects past trends where Silicon Valley companies kept their highest-paid workers in San Jose but built their factories in other cities where housing was more affordable. Apparently, California taxes and housing prices have now gotten too high even for Silicon Valley executives.

Elon Musk is outspoken, as usual, about the fact that he was moving to avoid regulation, but high taxes and high housing prices must also figure into the moves. This is a bit ironic since California regulations on automobiles have been driving sales of Teslas and other electric cars. Thanks to those rules, California accounts for roughly half of all electric cars sold in this country.

This irony doesn’t apply to HP, Oracle, or other companies moving to Texas. In HP’s case, the irony is that the Packard Foundation, one of the largest foundations in the country, gives money to environmental groups that support the urban-growth boundaries that have made Silicon Valley housing so expensive. That’s something like the irony of the Rockefeller foundations and Pew Charitable Trusts giving money to anti-fossil-fuel groups, since HP doesn’t have any more say over the Packard Foundation than Exxon has a say in how the Rockefeller foundations distribute their funds.

Read the rest of this piece at The Antiplanner.

Randal O’Toole (rot@ti.org) is a senior fellow with the Cato Institute analyzing land-use and transportation policies and the author of American Nightmare: How Government Undermines the Dream of Homeownership.

Photo: screenshot from video shown above.