China’s Pearl River delta is the site of the most dramatic urbanization in human history. The area is home to nearly 70 million people. It contributes an eighth of China’s GDP, with an economy worth $1.5 trillion – roughly the same as Australia and Spain, and nearly as big as Russia and South Korea.

Now the Chinese government has outlined its plans to unite what it calls the Greater Bay Area into a giant megalopolis, and transform it into a high-tech centre that could rival California’s Silicon Valley and Japan’s Tokyo Bay. 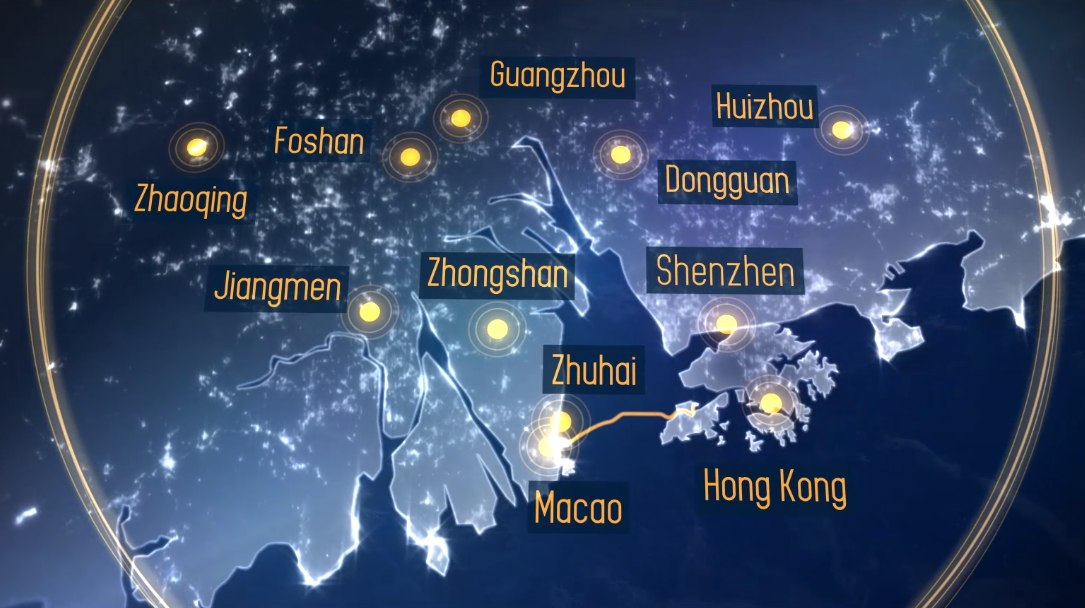 Under an overall plan looking as far ahead as 2035, development in all 11 cities will be coordinated, with four core hubs earmarked to promote the growth of particular industries:

The Greater Bay Area boasts an impressive manufacturing base, particularly in the powerhouse of Dongguan, a city sometimes dubbed “the world’s factory”, which produces a fifth of the world’s smartphones and a 10th of the world’s shoes. It is also home to three of China’s five busiest ports, and would eclipse Japan as the world’s fourth largest exporter. 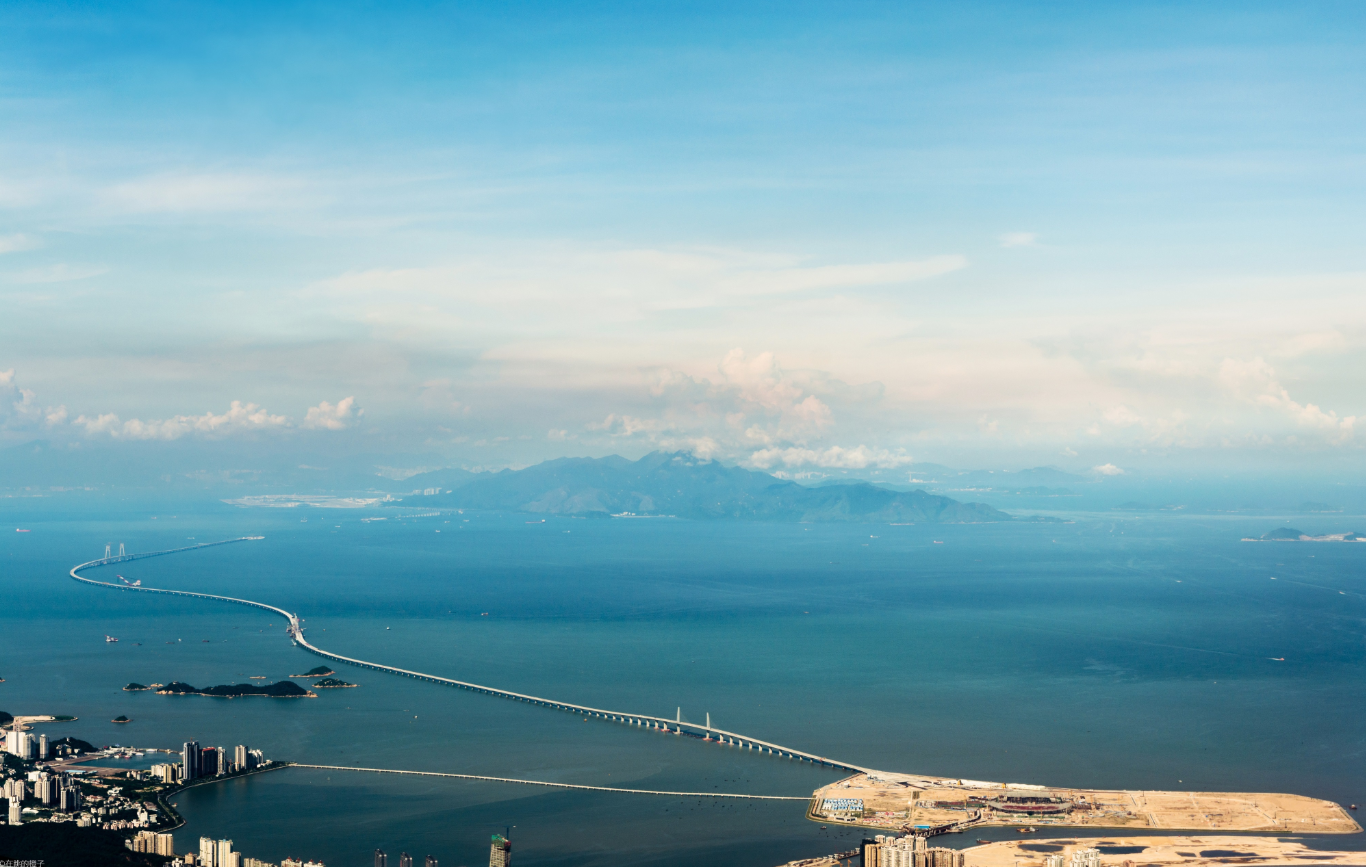 Billions of dollars have already been spent in improving transport and infrastructure links between the cities. Last year the world’s longest sea bridge was opened linking Hong Kong, Zhuhai and Macao: a $15 billion feat of engineering, that cuts the time it takes to travel across the mouth of the Pearl River to under an hour. 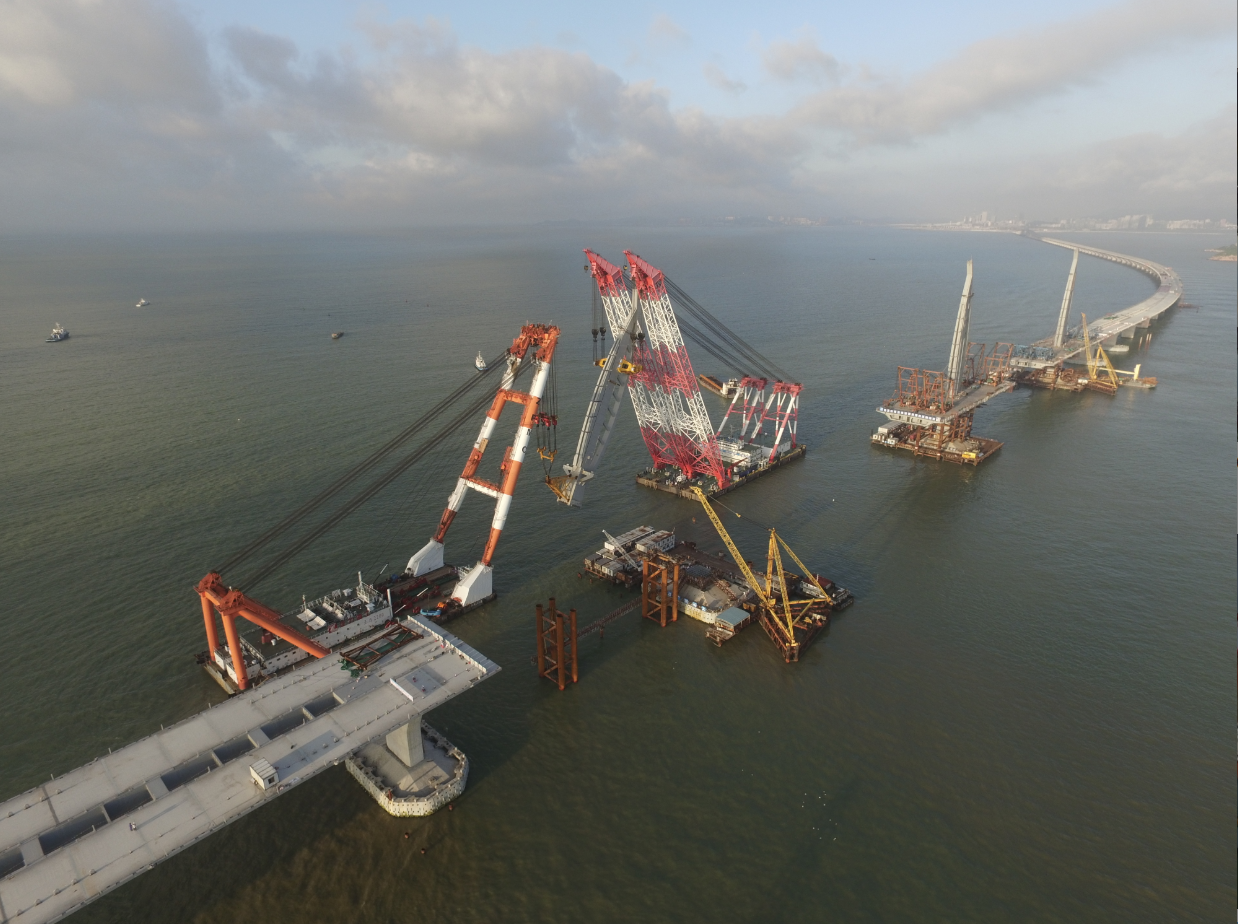 Construction of the Hong Kong-Zhuhai-Macao Bridge

But although the region has all the ingredients necessary for success, there are significant obstacles which the new plan is seeking to overcome.

The most immediate is the fact that the region is split into three distinct administrative jurisdictions, each with different legal systems, currencies, and rules governing residency and immigration. Hong Kong and Macao are both Special Administrative Regions with governments that are largely autonomous from Beijing on many issues, operating under the “one country, two systems” policy.

Many of the provisions in the Greater Bay Area plan relate to increasing cooperation between the different jurisdictions: for example allowing financial firms from Hong Kong and Macao greater freedom to operate on the mainland, and relaxing some restrictions on access to education, housing and medical care. The hope is that Hong Kong and Macao’s open access to international capital can be used to boost investment as a whole, and trading could be opened up for yuan-denominated bonds, loans and derivatives. Although there is a promise to ease the flow of goods and people, there is no firm detail on which customs and immigration rules will operate.

The reaction from the Macao and Hong Kong governments to the plan has been positive. But not everybody is thrilled by the prospect of closer integration. Opposition parties in Hong Kong have expressed concern that the city’s competitive edge over its neighbours could be undercut by too much cooperation.

There are also wide discrepancies in the standard of living between the different cities. Inhabitants of Macao are nearly 10 times better off than those living in Zhaoqing. 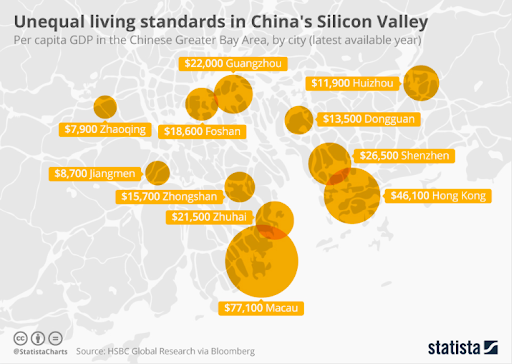 Environmental damage is another problem that the plan seeks to address with a more coordinated response. The water in the Pearl River Delta is some of the most polluted in the world, despite significant investment in sewage and water treatment facilities. Air pollution may not be as choking as in China’s northern cities, but it can still reach unhealthy levels, and even occasionally be seen from space. 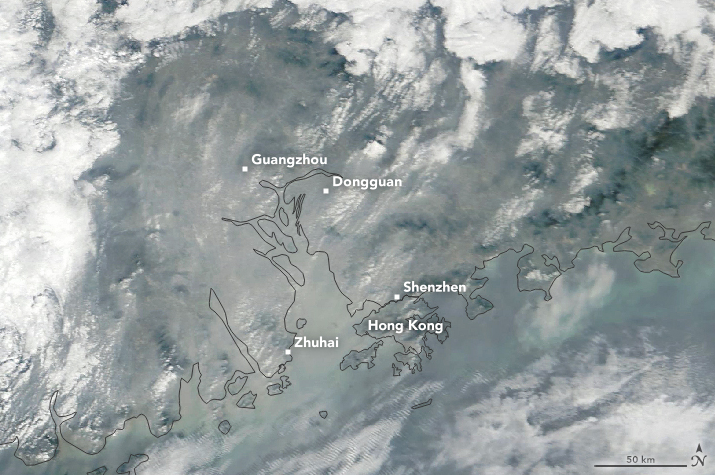 Like the Belt and Road initiative to open up the world to Chinese trade, the Greater Bay Area is a project whose success will be measured in decades. It is an ambitious vision that talks of creating a “world-class city cluster” with high quality of living. But in the light of China’s extraordinary success in lifting 800 million people out of poverty in the last 40 years, it would be unwise to bet against it becoming a reality.