Get all the latest news on coronavirus and more delivered daily to your inbox. Sign up here.

Going against its tech industry peers, Apple is set to bring workers back to its global offices soon.

The California-based technology company will bring employees back in phases over a few months, according to a report.

The first phase has begun at some of the company’s locations worldwide and will expand to its major offices in late May and early June, Apple has told staffers, Bloomberg reported Tuesday. 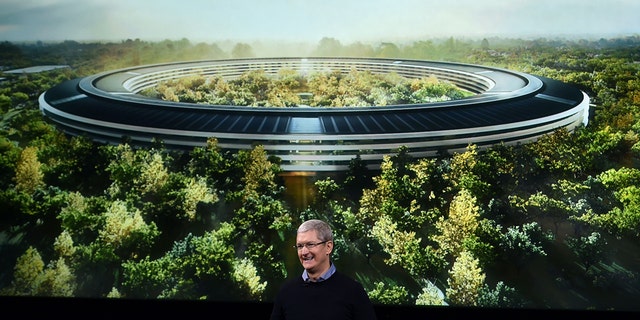 Apple CEO Tim Cook stands in front of a slide of the company’s new campus which is under construction during a media event at Apple headquarters in Cupertino, California on March 21, 2016. / AFP / Josh Edelson (Photo credit should read JOSH EDELSON/AFP/Getty Images)

The company’s second phase of reopening won’t begin until July, according to the report. Apple maintains offices in Cupertino, Calif., where its spaceship-like headquarters is located, as well as in Los Angeles and San Diego; Austin, Texas, and Boulder, Colo.

The return-to-work timelines are fluid and may change, particularly given local and state stay-at-home orders, said Bloomberg’s sources, who asked not to be identified when discussing internal company matters.

The return sets CEO Tim Cook’s company apart from its Silicon Valley peers. Google and Facebook have both said their employees won’t be returning in any significant way until the fall or early 2021 — and Twitter has said many of its employees may work from home indefinitely.

As of Wednesday afternoon, there were at least 1.3 million infections and 83,249 deaths from coronavirus in the United States.